George J. Robertson was born in Edinburgh, Scotland in 1810, the son of a Presbyterian minister. He studied at the prestigious Royal Academy of Arts in London from 1826 to 1836, exhibiting there regularly alongside John Constable and other important artists of the day until 1836. Robertson came to America in 1842 and worked in Cleveland and Milwaukee before settling in Rockford in the mid-1850s. He is listed as a portrait painter in city directories around 1857 and he is most likely Rockford’s first resident professional artist.

From 1860 to 1886, Robertson served as the first head of the Art Department at The Rockford Female Seminary School, now Rockford College. There he introduced elements of his academic training such as the study of anatomy and the drawing of plaster casts of Classical sculpture. A key figure in the area’s cultural development, he was a member of the early Rockford Sketch Club and participated in its first exhibition in 1888. Although best known for his sensitive portraits, Robertson was accomplished at landscape painting as well, producing some extraordinary views of the city in its infancy.

Executed late in the artist’s career, Portrait of Alex Strachan is one of the Robertson’s most accomplished portraits. Strachan, a botanist and the foreman of the I. S. Shearman Nursery in Rockford, is depicted with a colorful bouquet of posies in his hand. In the manner of traditional English portraiture, he is seated in front of a bucolic landscape, which is punctuated in the distance by floral garden beds, another sign of the sitter’s trade. Robertson captures Strachan’s pleasant nature through the glint in his eyes and the subtle curve of his lips, capturing an endearing image of a man in harmony with Nature.

Two decades prior to this portrait, Robertson painted a charming picture of Alex Strachan’s house and nursery located at 1405 South West Street in Rockford. Astride a path leading to the greenhouse we can discern the tiny figure of the young Mr. Strachan with a watering can in his hand. Facing us, he stands as a proud caretaker of his acre of paradise. Portrait of Alex Strachan and House of Alex Strachan are among eleven Robertson paintings in the Museum’s Permanent Collection, many gifted from heirs of the artist and his sitters. They comprise a vivid glimpse into Rockford’s past by one of the region’s most remarkable painters.

Local artists created Rockford’s art institutions, beginning with the Rockford Sketch Club, which met informally and held the first art exhibitions in the area as early as the 1870s. Incorporated in 1887 by industrialist Robert H. TInker, artist Sydney Yard and club president Walter Belford at the Atchley Photography Studio, early members included Scottish immigrant George J. Robertson, one of the first art instructors in Rockford and the only professional artist listed in the first city directory in 1857. Trained by J.M.W. Turner at the Royal Academy of Arts in London, he painted some of the earliest known views of the city’s environs along the Rock River (View near Byron, Rock River, Illinois, 1858, pl. 1), the picturesque tributary of the Mississippi River that connected the city to a number of burgeoning communities to its west and ultimately to Davenport, Iowa. Robertson was professor of art at Rockford Female Seminary (later Rockford College, now Rockford University) from 1860 to 1885.—excerpted from the commemorative book RAM 100: Rockford Art Museum Centennial, 1913–2013 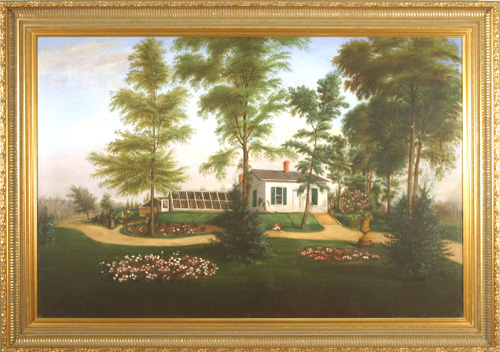 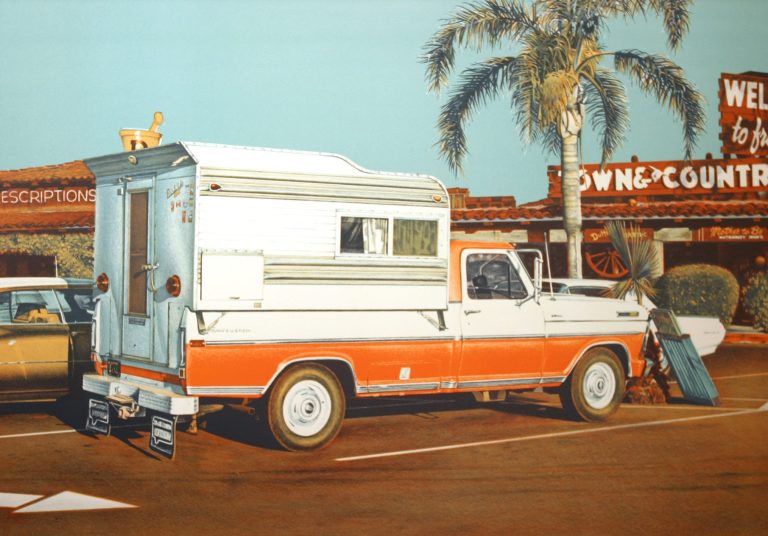